About
Tow and Fert

Tow and Fert started life as a modest, but innovative all-in-one fertiliser sprayer that could dissolve Urea.

Today it is a state of the art, indespensible part of farmers farming systems. 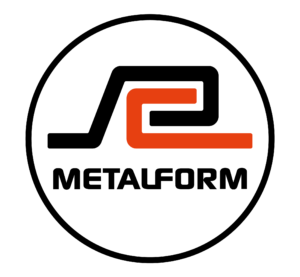 Metalform, based in Dannevirke in the Central North Island, has developed numerous successful products over the years including the introduction of the Tow and Fert in 2009. 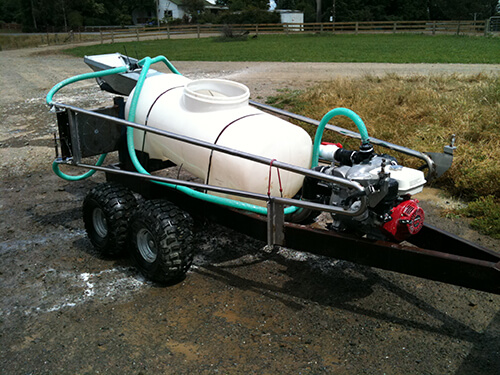 Above: The very first prototype of the Tow and Fert as developed by Metalform in 2009. 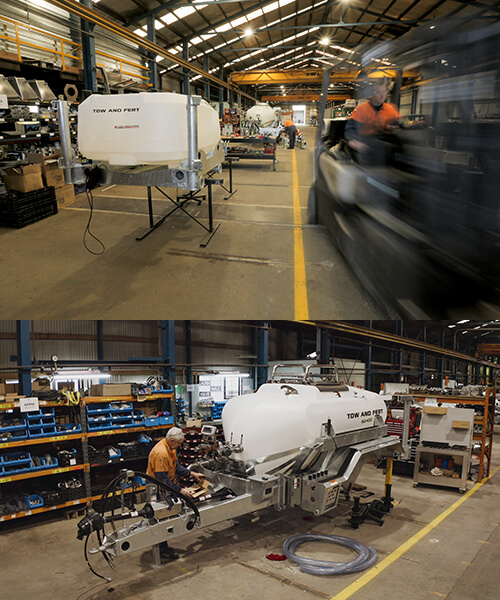 Above: Today, the Tow and Fert assembly line is busy building the 4 models and sending them throughout New Zealand and around the world to places like Australia and Ireland.

Tow and Fert started its life in 2009 as a simple idea in the small Central North Island town of Dannevirke. Dannevirke is your typical New Zealand country town, no traffic down the main street, a town hall, a pub and a restaurant or two, and now, even a McDonalds (more typical now than then perhaps!). Of course, there are Vikings, but that is a story for another day. In this article we wanted to give you more of an insight into Metalform, the creator, designer, developer and manufacturer of the Tow and Fert and the process they went through in developing the Tow and Fert. We sat down with Campbell Easton, Director of Metalform and asked a few questions;

Campbell (CE), what prompted the idea of a Foliar Fert Sprayer that could also suspend fine particles etc?

CE:  We had been approached by various farmers who had read about the benefits of the foliar application of fertiliser, at the time there was no machinery available and many farmers had built their own (rather unsuccessfully) rigs or tried their traditional sprayer without any success.

In designing the Tow and Fert can you tell us a little about the design process, how long it took before building the first prototype, successes, failures etc.

CE:  there were a couple of key things we needed to test initially, firstly was the initial mixing and secondly the best method to keep the product from settling in the boom and blocking the spray nozzles. We actually tried a heap of different methods for mixing, a lot of the early prototypes were failures. We learnt quickly from these failures and eventually prototyped the idea that we later patented and still use today. It was actually the same story for the method to prevent product settling, the early prototypes were pretty rough, but they proved what worked and what didn’t. Eventually we patented our recirculating boom because it was simple and so effective.

Having come up with a successful design, from a manufacturing perspective, how did you go about developing the production cycle and assessing the viability of building a machine like this in New Zealand, let alone here in Dannevirke?

CE:   The viability of this product was hard to estimate, we were not just building a new product in an existing category – we were creating a whole new category! We did our normal market research, but it’s hard to get potential customers to comment on a concept that is vastly different from the machinery that was available in 2009. In the end, we were so impressed by the scientific research around foliar applied fertiliser that we thought we would just go for it.

That sounds risky! What were some of the biggest design hurdles you had to overcome to ensure the Tow and Fert did what you needed it to do?

CE:  The biggest hurdles were

When you first launched the Tow and Fert what was the reaction from Industry like?

CE: A mixed response initially, some customers had been trying to do their own thing as I mentioned and immediately could see the value on our system, these were early adopters. Other farmers, when introduced to the foliar fert concept, were baffled as to why anyone would want to do that.   Their comments were along the lines of “fancy looking machine, but why would I need one??”

So now, 10 years on, what is Metalform doing to improve the product and it’s already high build quality and performance?

CE: We (Metalform) are strong believers in continuous improvement, as we get more and more machines in the field, our customers find the weak points and we systematically fix these.  We also get a lot of good suggestions on additional capabilities from our customers and where possible we build these suggestions into future design releases.

We’ve seen a lot about farmers needing to innovate and improve efficiency lately, what does the future hold for Tow and Fert?

CE: We are really excited about this product range, we have noticed a big change in the industry over the last 10 years and with farming compliance changes, the possibility of regulation and increased awareness on environmental sustainability, freshwater pollution and the cost savings farmers can make we think foliar fertiliser application and the Tow and Fert will go from strength to strength. 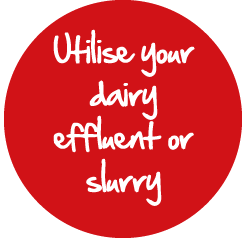 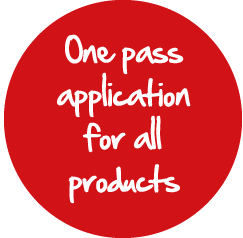 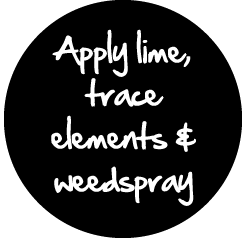 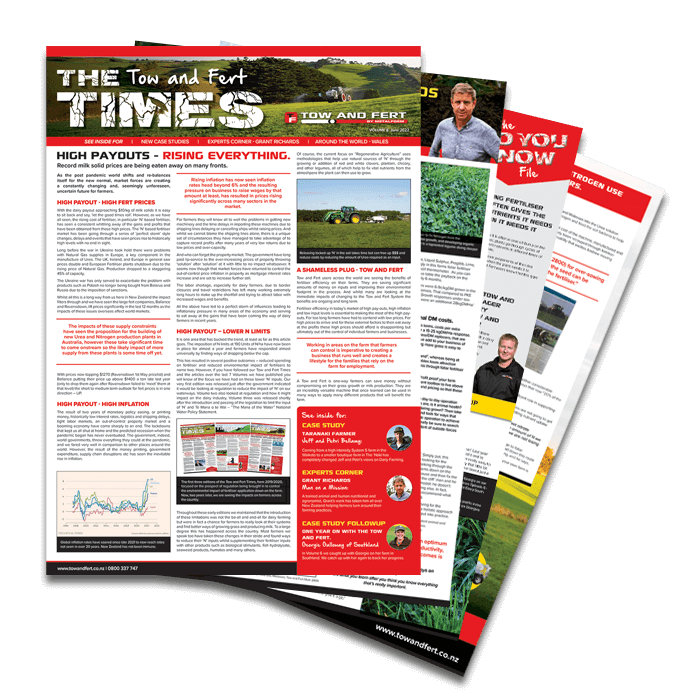 The Tow and Fert Times.

The Tow and Fert Times is a publication full of information for dairy farmers. Designed to help you with your nutrient management and fertiliser decisions, it is packed full of helpful information, case studies and helpful tips and tricks for the farm.